When the genocide began on April 7th, 1994, many ethnic Tutsis and moderate Hutus took refuge in churches, believing militias would not enter these areas which were perceived as sanctuaries. At the Nymata Catholic Church, located in the Bugesera district, 35 km south of the capital of Kigali, 10,000 people were killed in and around the grounds between April 14 – 19.Other large scale massacres occurred in Catholic Churches throughout the country as priests, nuns, and church officials systematically fled Rwanda after the genocide began. In some cases, priests and other officials were complicit in the killings.

The Bugesera district was one of the areas most devastated by the genocide. From a population of 62,000, only 2,000 survived. The photo below shows the front of the Nyamata church. People congregated there from all around. To protect themselves they padlocked the iron gate, hoping to keep the Hutu militias and their Interahamwe leaders at bay. Thwarted on the first attempt to take the church, the militias came back with grenades. The hole in the gate shows where one grenade was used to gain entry. The banner over the door reads:

If you knew me, and you really knew yourself, you would not have killed me. 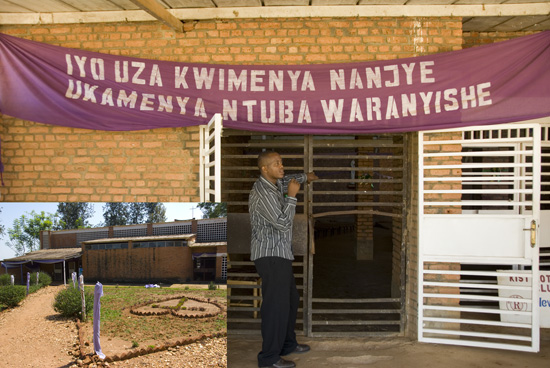 Inside, militias found thousands. The sanctuary below would have been overflowing beyond maximum capacity. Every space, concealed or open, was filledwith frightened people hoping to escape death. People were inside closets and cupboards, under the alter and under the floor boards, any place large enough to fit. The militias came in shooting. Daylight can be seen through the bullet holes in the ceiling. 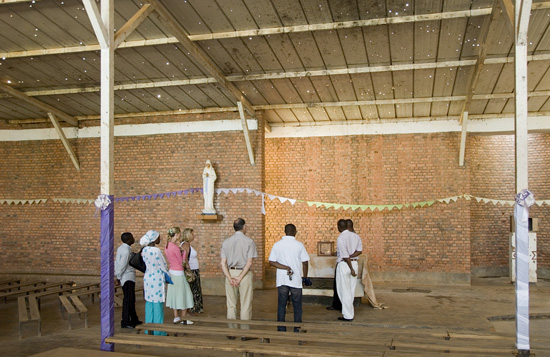 Most would have preferred bullets to machetes. Nearly all were killed by machetes.

The blood stains on the walls – shoulder height throughout the building – are mostly faded.The fabric covering the alter still bares the staines. 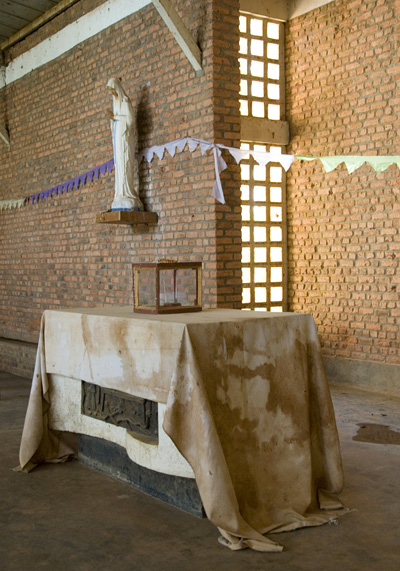 Everyone in Rwanda had to carry an ID card like this one. Your photo goes on the left side, at the top center. Just below, in bold, is a spot to check your ethnicity. The edges are darkened with blood, and the hole is from a bullet. 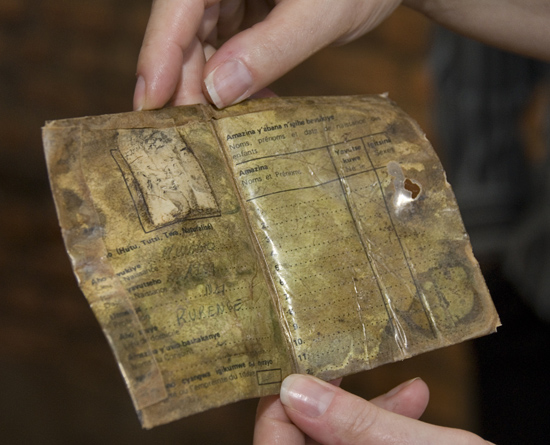 The basement of the church now holds one of many mass graves. Eight others are accessible behind the church. This grave is typical. The entrance begins with twelve steep steps down. 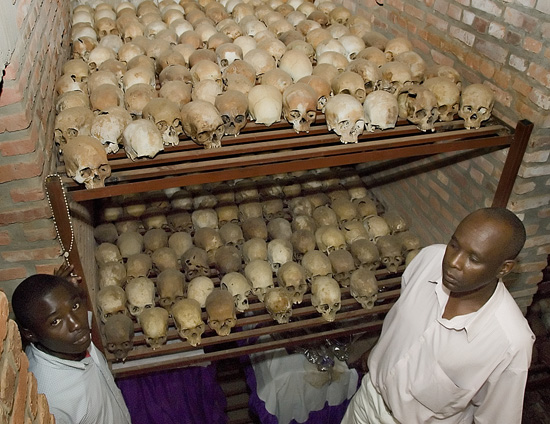 Short narrow hallways go off to the left and right, a shoulder and a half wide. On each side, racks of skulls and bones cover floor to ceiling. Some of the graves have coffins, each filled with many sets of bones. 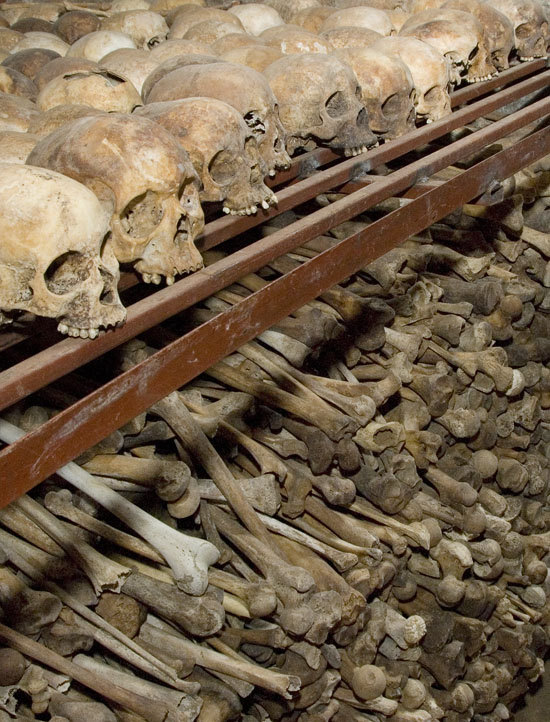 After release from prison, one of the genocide perpetrators revealed he had participated in a larger number of killings. The names of all his victims are listed on this plaque. 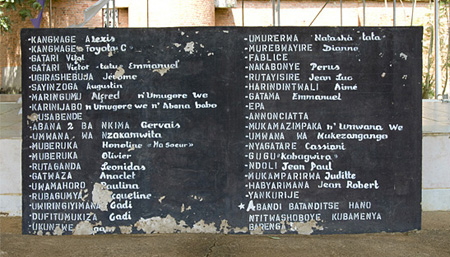 Copyright Adam Bacher. All rights reserved. Absolutely no use without prior authorization.