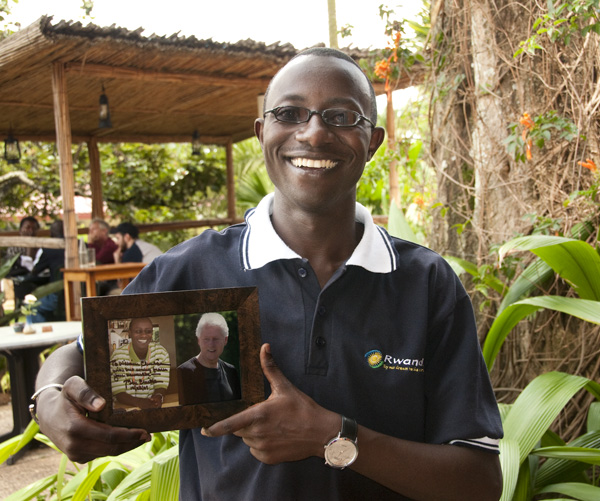 Last January while photographing a micro finance story for Rwanda’s Coojad cooperative bank,  I met a bartender named William Clinton.  Leaving with his email in hand, I planned to send him a photo of President William Clinton, when I returned to the United States.  If only I hadn’t lost the email.  Then I had an idea.

In October I made a 5×7 print with photos of the two Clintons side by side, and sent it to a good friend who works for the Clinton  Foundation, in New York city.  He passed it on to President Clinton.   How wonderful it would be, I wrote to the president, if I could bring to the Rwandan William Clinton a signed photograph from the U.S. William Clinton.  It never hurts to ask.  I believe my wife thought I was crazy, until the signed photo came in the mail shortly before I left for Rwanda.

Today I completed my mission.  Thank you President Clinton!  You scored big with your Rwandan namesake.

Copyright 2009 Adam Bacher.  Absolutely no usage without prior authorization.