In the Kayonza district of Rwanda’s eastern province, a carbon offset program established by the U.S. based Clinton Foundation is  helping to avert global climate change, increase food yields, and raise living standards for the local people.  In Rwanda and Malawi alone, over 4 million trees have been planted through the Clinton Hunter Development Initiative, saving almost 450,000 tons of carbon.

Cassava, native to South America, is one of many food bearing shrubs and trees growing in Rwanda as part of this program.  Grown across the globe, cassava is one of the biggest sources of carbohydrates for meals in developing countries, and is especially well suited to sub-Saharan Africa’s poor soils.   With a starchy tuberous root similar to potato in texture and flavor, cassava can be boiled, fried, baked, or dried and ground into flour.  In his cassava fields, with roots in hand, this farmer is able to harvest without damaging the trees. 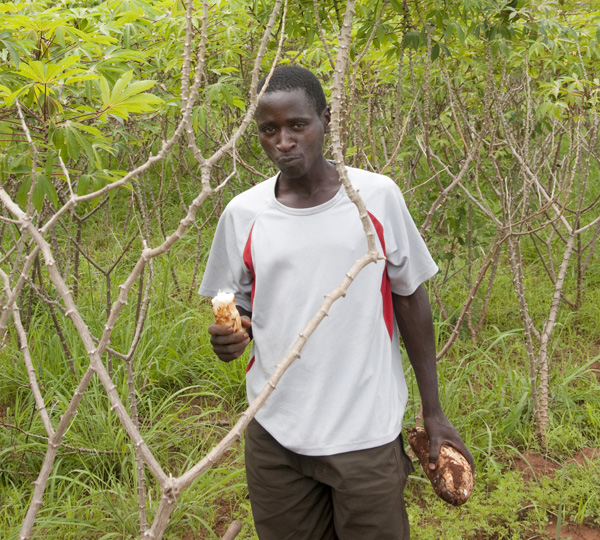 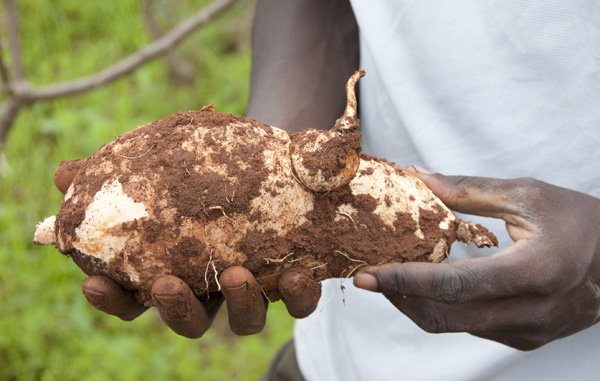 For Rwanda’s resource poor farmers, cassava is both a subsistence and a cash crop with a wide harvesting window that makes the root an excellent famine reserve.   Cassava farmers in Rwanda also benefit from substantially increased standards of living.  Once dried, the root can be broken up and ground with a mortar and pestle to make flour, as seen below.  Cassava flour has an added benefit of being a gluten free source for bread and other baked goods.

In a nearby area another farmer is growing maize, avocados, mangoes and other fruits as part of the Clinton Foundation’s carbon offset program.  The farmer in this field used to grow low yield beans.  He switched over to fruit and cassava  trees three years ago, with maize grown between them. 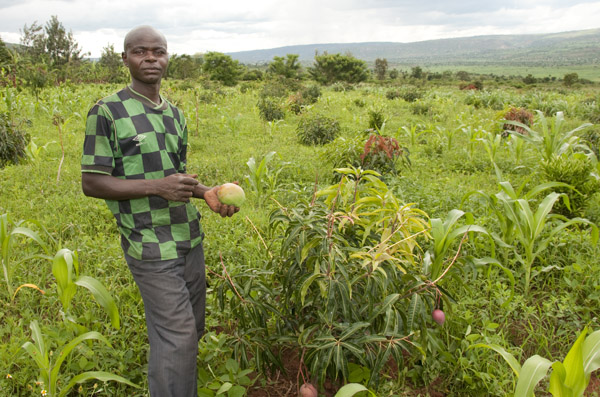 In Rwanda’s equatorial climate, trees such as these typically begin bearing fruit during their second growing season.  Below is a newly planted mango tree. 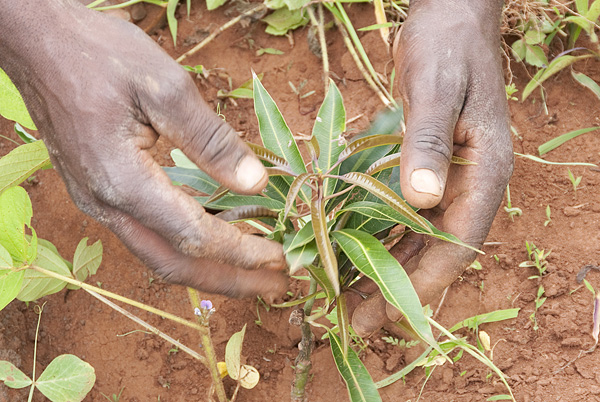 Last year this farmer was able to harvest three tons per hectare, with an annual profit exceeding the equivalent of $1300 US – substantially greater than the average Rwandan salary of just over one dollar per day.  With his extra money he was able to acquire additional lands for planting, and purchase a new home for his family.  Avocados, seen below, are a large component of his crop diversity. 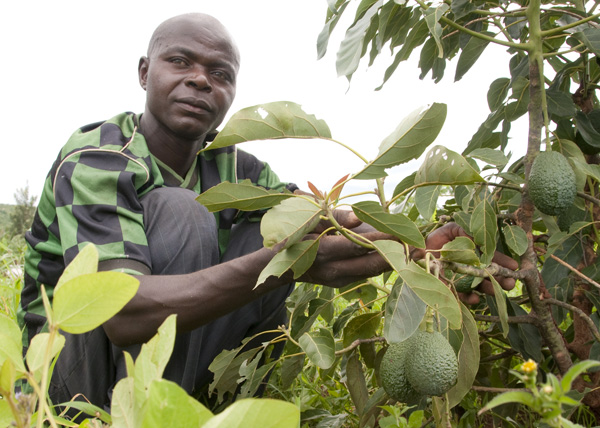 All images (c) 2009 Adam Bacher. Absolutely no use permitted without prior authorization.